An interesting recent technological development is the self-driving car: a staple in science fiction and now a vehicle option. One of the components needed to create this modern technological achievement is the processing of large amounts of image data to create a computer vision model for recognizing objects that an autonomous vehicle encounters during operation. The initial stage of development involves capturing camera video and sensor data, which then goes through the process of labeling, usually by humans in a manual effort, to define what is in the image and create the training set.

To create an object detection feature for the autonomous control system of a vehicle, the training set is defined from the camera feed. Setting up a car with a camera and sensors to eventually drive around and validate the function is not something readily time- and cost-effective for an individual developer or small exploratory team; neither is generating and manually labeling large amounts of image data. In a recent team project, going through thousands of images of cars to create a simple classifier (a model that evaluates whether an object is present on the image) was tough and would only become more challenging when scaling up to process a few hundred thousand images. We would also need a means to test the trained model and consider an end-to-end process involving training data, testing, and refinement. 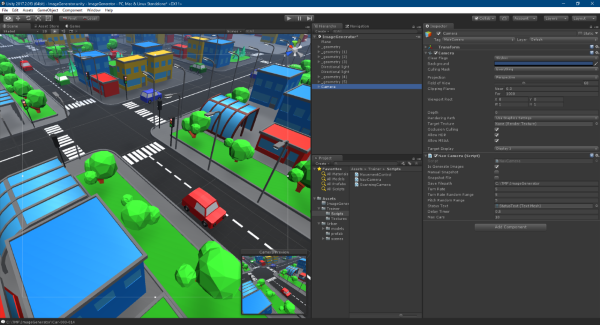 A solution was devised to create a virtual environment that contains objects we would need to identify, as well as a means for movement, to generate different viewpoints simulating the world around a vehicle. Since a virtual environment is artificially created through code and tools, ground truth data is programmatically generated by aiming the world scene camera to a specific object and directly labeling without the need for human intervention. The same process is applied to test case generation and later provides free camera movement around the scene for model verification. Unity3D is the platform we used to create the virtual environment, which targets multiple operating systems from desktops and mobile personal computers to virtual and mixed reality headsets. 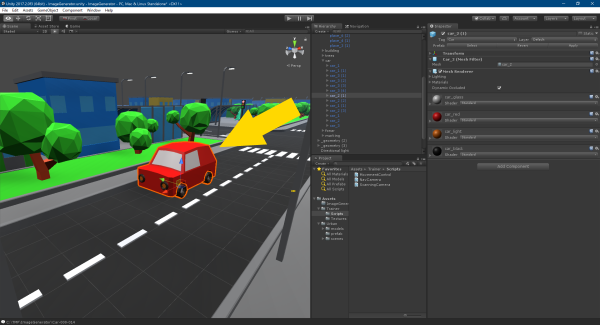 The main server setup for model training using the generated training set involves several GPU servers configured with TensorFlow in a distributed environment. To perform a quick validation, an Azure NC-series GPU server is configured with NVIDIA DIGITS (Deep Learning GPU Training System) to utilize pre-built tools and visualizers for pre-processing training data, model performance, and inference evaluation. The DIGITS server produces a trained model to serve as the baseline for results in comparison to our larger multi-server configuration. The “Hello, World” equivalent is to create a classifier model that will indicate the probability that our “Car” object is present in the evaluated image.

The Unity3D platform is available in multiple editions; either for free (with some limitations) or with a monthly subscription cost. In the following setup discussion, it is assumed that Unity3D environment is configured on the development workstation with Unity Asset Store Access.

Open the /Unity3D/ImageGenerator project. The sample project contains an “ImageGenerator” scene that defines a camera with a control script that will move the camera around a target “Car” and create rendered single-image frames.

Import the free asset in the Unity project and look for the sample “urban” scene located in “Urban/scenes.”

Note: There are multiple alternative assets available, including photo-realistic versions, for a fee on the Unity Asset Store.

Load the “ImageGenerator” scene from the sample project. Missing components should now be listed with assets from the “Simple City” package.

This tag is used by the camera script to identify and locate the car objects in the scene.

On the Unity hierarchy panel, expand the “_geometry” and similar “_geometry (n)” parent game objects, then open the “Car” entry to see the list of cars in the object. Verify that each “Car” object has a “Car” tag, otherwise shift-click to select all cars and apply the “Car” tag.

Select the camera object and review the script settings.

Select the “Game” Panel and ensure the output is set to 1920×1080 pixels. The script is using the simple screen snapshot ScreenCapture.CaptureScreenshot() from the Camera and will create a snapshot matching the Game panel size.

Ensure the “Save Filepath” folder exists on the workstation, and click “Play” on Unity to start generating training images. The resulting images will be prefixed by “Car-“ or “NoCar-“

Log in to the Azure Management Portal. New users can gain access by signing up for Azure and will be given a free $150 credit to try out services and features. Note that NC-series virtual machine operating costs are a bit higher compared to other services, and the credit can be consumed quickly.

Select an NC-series GPU server with the Ubuntu 16.04 LTS Azure Marketplace template, and make sure it is accessible via SSH (using clients such as Putty or BitVise).

Remember to stop the server when not in use to avoid continued charges. 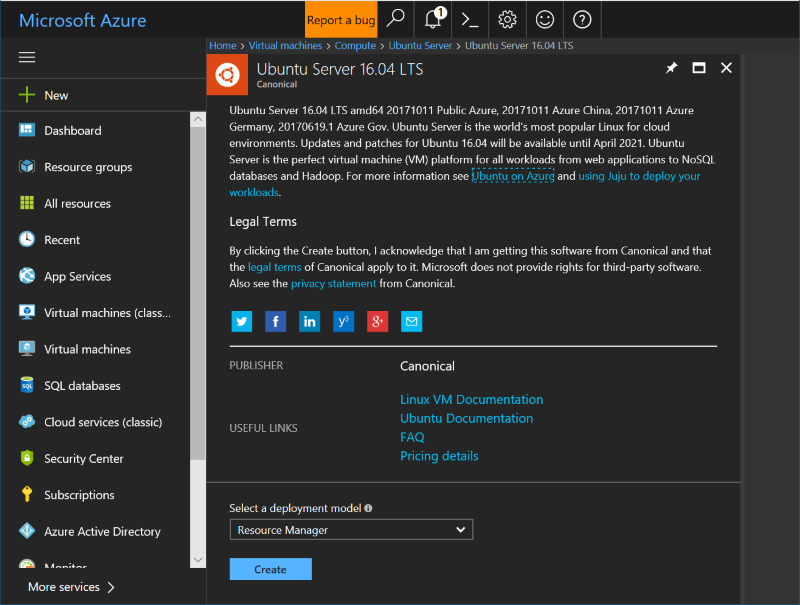 Install NVIDIA drivers on the Ubuntu 16.04 Server via PPA to access the GPU. Execute the following commands on the server:

Install Docker on the server; NVIDIA DIGITS 6 executes in a Docker container. The following commands are based on the installation instructions for Docker CE. The last command verifies the installation with the execution of a rudimentary “Hello, World” sample.

Continue with the Docker post-installation commands to enable a non-root Docker user, and enable the Docker service to start on boot.

Reboot the server and verify the execution of the “hello-world” sample, without root privileges.

Verify the installation by executing the NVIDIA System Management Interface:

SFTP the generated training files from the Unity workstation environment to the server running NVIDIA DIGITS. Create a “train” folder in the user’s home directory and upload the “Car” and “NoCar” folders of images into this “train” directory.

Prepare the /mnt work disk and copy the training files from ~/train/Car and ~/train/NoCar folders:

Enable SSH forwarding via port 5000 on the SSH client connected to the Azure GPU server.

Use the local workstation’s web browser to access the DIGITS site (via the forwarded port) at http://localhost:5000

Set Up an Image Classification Dataset 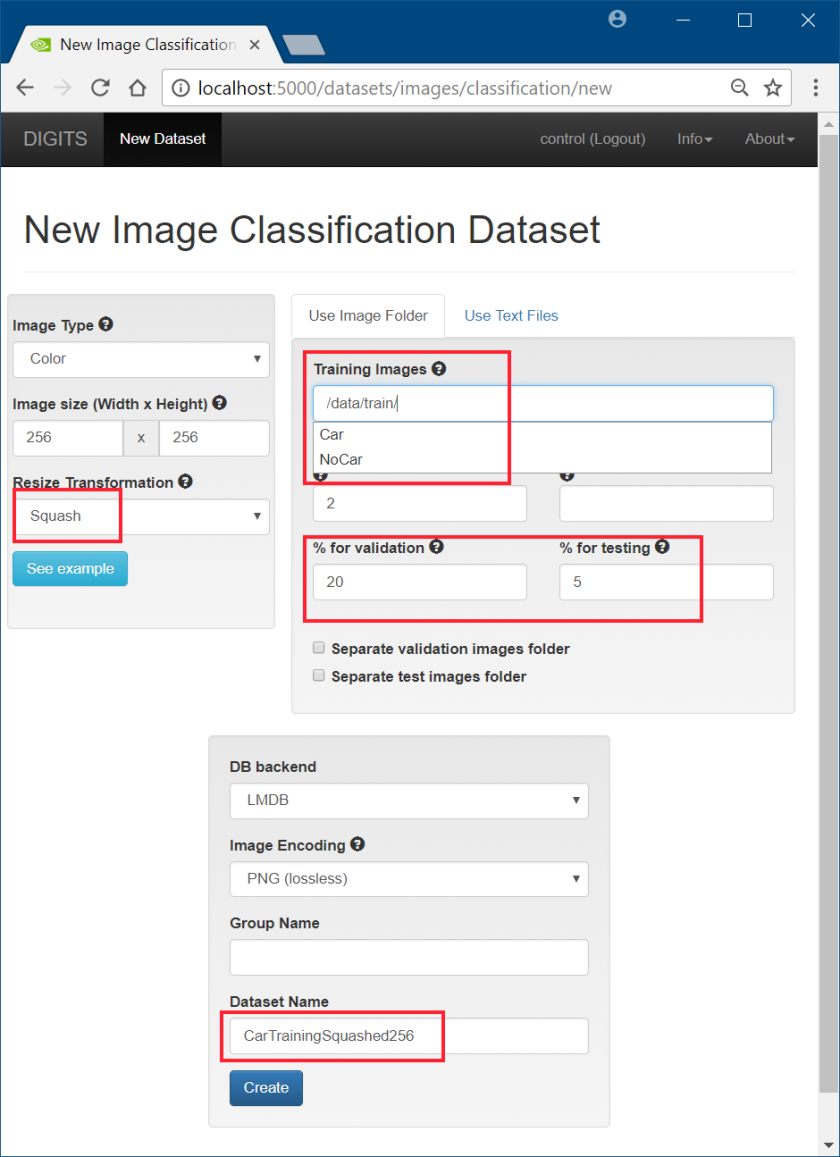 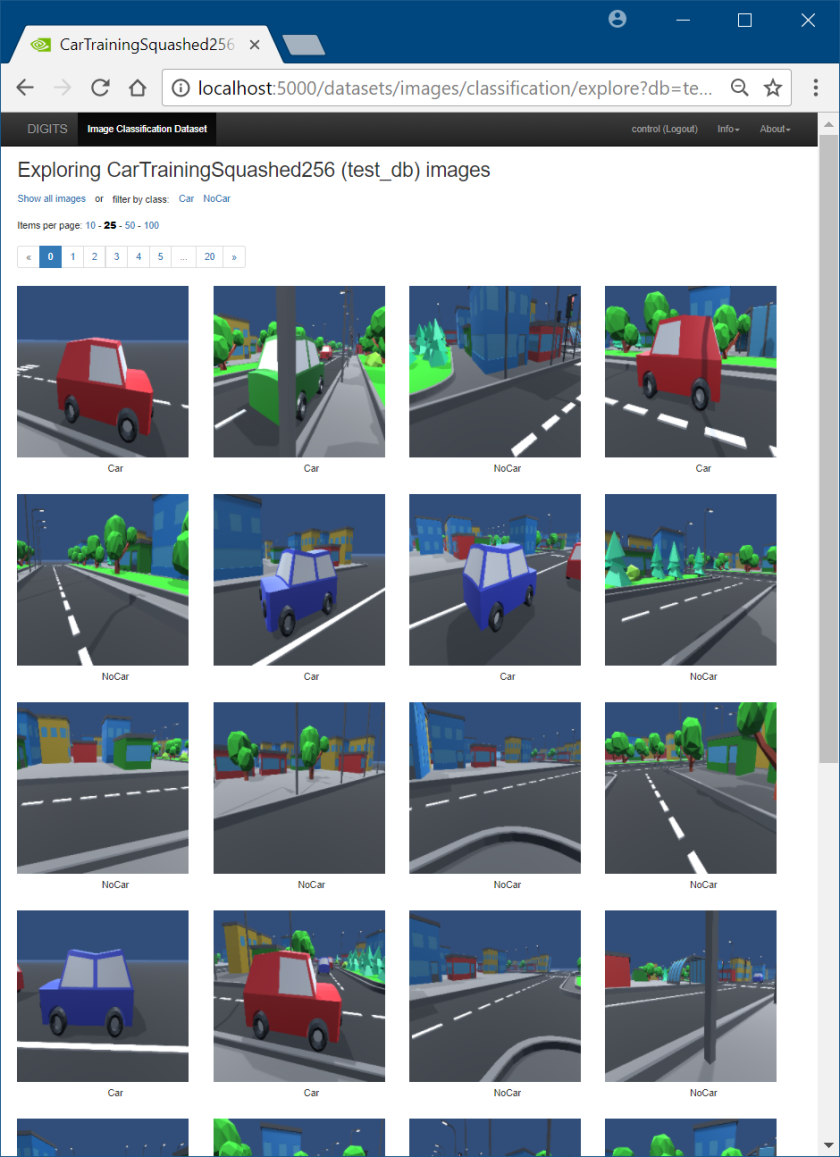 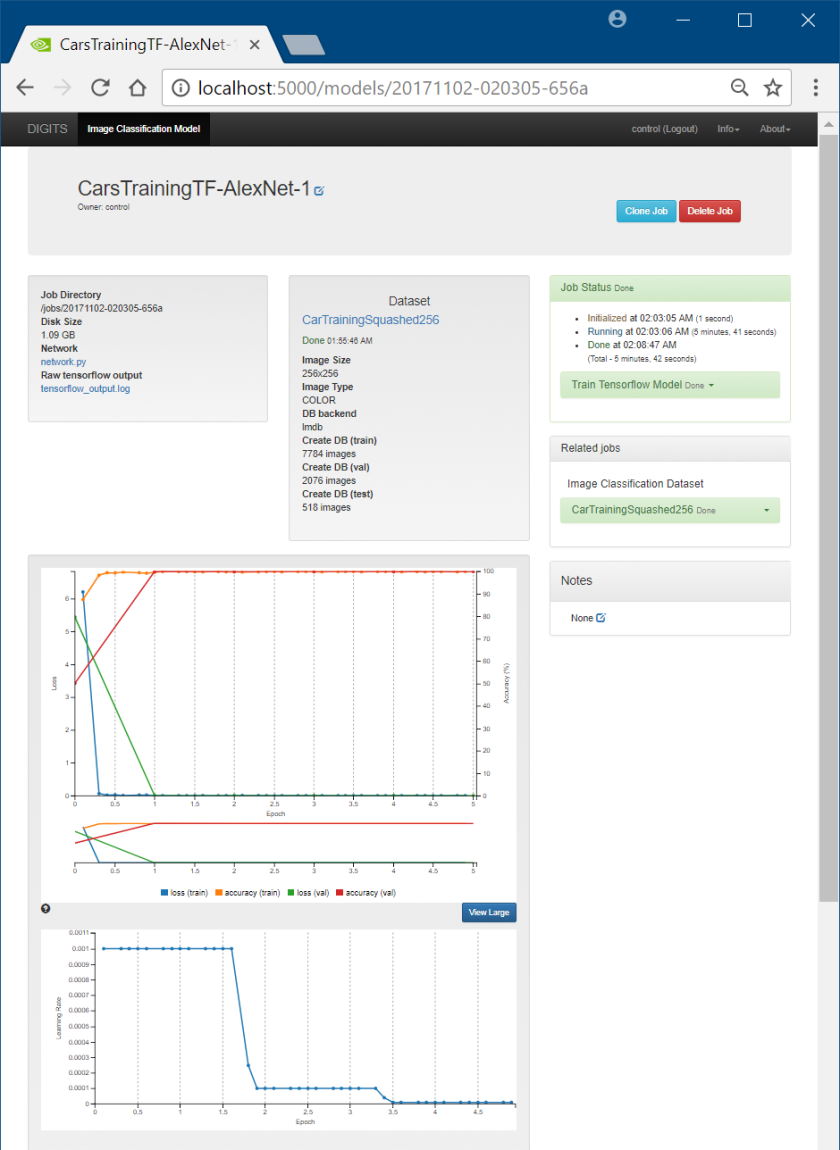 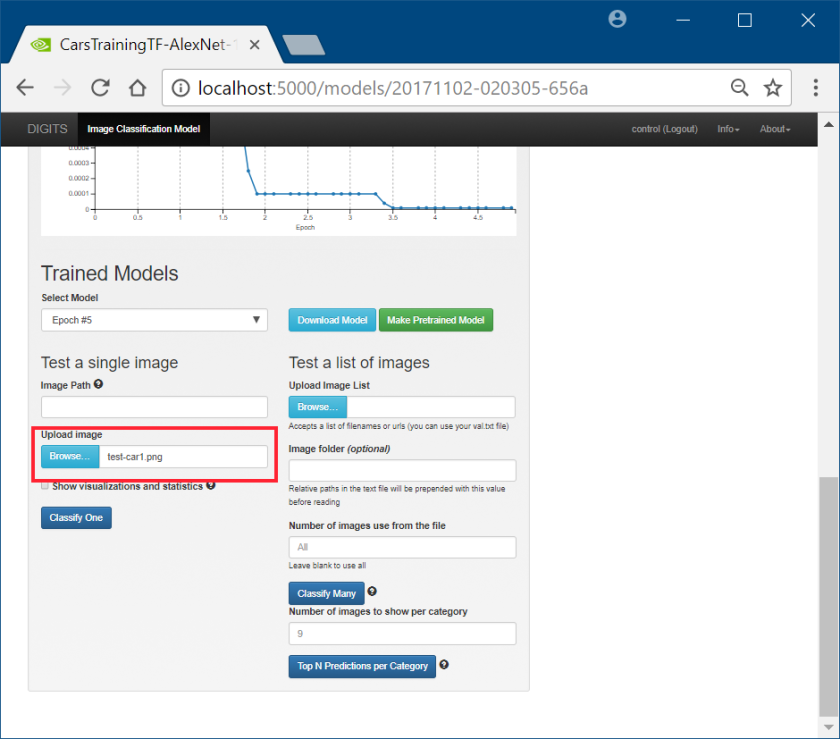 The classifier can distinguish between a “Car and “NoCar” image to validate the training data and GPU server’s setup.

We have now successfully taken the early steps in building an autonomous control system. The next stage of development would involve setting up distributed TensorFlow servers, converting the trained model from TensorFlow to TensorRT, and using the model on an edge compute device (such as the NVIDIA Jetson TX series, or the NVIDIA DrivePX) connected to our virtual environment as part of our end-to-end setup.

Additional posts about this project will discuss how to setup the Jetson TX with the trained classifier model to simulate a car object detector with input being fed from the virtual world.