After watching the 2018 Netflix release of “Lost in Space” and seeing the new design for the Chariot, I got motivated to check out the Wheel Colliders again which significantly simplifies vehicle movement controls in a Unity Scene. 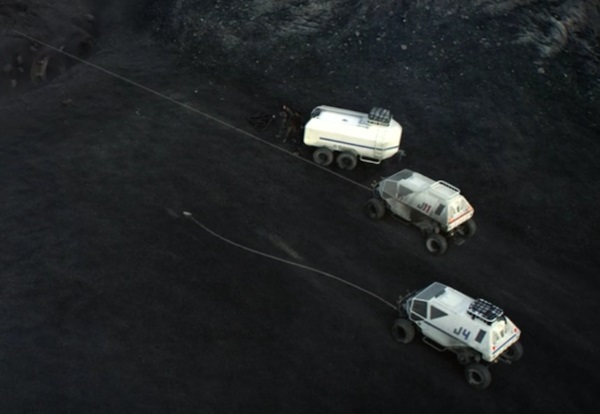 The Unity site tutorial presents the direct setup for using the wheel colliders and moving the vehicle, but it does cover how to handle the mechanics for the suspension system which is the component I find most interesting in car games especially when it has realistic spring, piston and joint actions.

I like the Chariot design but looking at the rear wheel setup, the suspension design seem to be closer to a motorcycle than a car which means the suspension rotate about a pivot instead of moving vertically — and vertical tracking just happens to be how wheel colliders work — the colliders track the ground collision and updates its y-position simulating the vehicle suspension.

In this example, I’ll match the vertical movement of the wheels as it moves through terrain.

I created a simple block model to represent the Chariot in Autodesk Maya with an approximation of the rear suspension system. 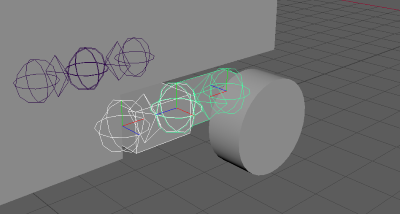 To be closer to real-world mechanics, I configured a piston setup to match the wheel movement and visualize the behavior using joints setup with aim constraints.

While the wheel collider gets us operational quickly, we have the following considerations with the Maya 3D model and similar concerns with other 3D software modelling tools.  In this post, I use Autodesk Maya 2018.2 and Unity 2017.3.1f1.

I have Maya and Unity installed on the same workstation so I can work with Maya Binary (.mb) files directly during prototyping without having to do FBX game exports.  I can edit the 3D model in Maya and the changes are reflected in the Unity.

The vehicle movement controls is based on the Unity tutorial with quick hacks to also update the suspension piston positions along with the visual wheel objects.

An interactive WebGL demo can be viewed at